Modern marketing is all about storytelling and one brand that’s telling a great story and earning great reviews in the process is an app called ‘Too Good To Go’. Described by Vogue magazine as ‘food delivery with a green discount’ – Too Good To Go is one of ten apps they reviewed recently in this emerging area – companies who are tapping in to consumer demand for companies with conscience – and nowhere does it seem more apparent than in the food industry which affects us all.

Combining economic objectives with social goals – these companies are part of an approach entitled ‘Conscious Business’ which has emerged from the field of Corporate Social Responsibility, which intentionally sets out to ensure that the needs of profit, people and the planet are all met equally. It sounds challenging, however food waste is an issue that concerns over seventy-five percent of people – at least in UK research. It’s also been the subject of some viral videos on social media, one of which has had over 28 million views to date, as well as radio and TV programmes by media organisations such as the BBC in the last decade, so there’s no doubt this issue is universal – and one that retail technology can help solve.

We’ve previously discussed how the Karma app connects left over meals from restaurant owners with cost-conscious consumers, so here we’ll review how Too Good to Go compares in terms of it’s reach and relevance.

The “Too Good To Go” Customer App

How Does it Work:

Commercially, details are not publicly available on what percentage of the revenue charged to the customer is kept by the platform versus the restaurant, however with a clear understanding that the food would otherwise be wasted and cost money to dispose of, it certainly makes sense for the platform to share in the profits that would have otherwise been lost, despite an initial claim by the founder that he did “not envisage TGTG as a profit-making company.”

Watch the video showing how Too Good to Go works.

In just two short years, Too Good To Go has expanded beyond its home country of Denmark to eight other European countries. Founded by a group of Danish entrepreneurs, its female CEO Mette Lykke, has a proven track record in building compelling products that meet clear market needs, having co-founded the fitness app Endomondo in 2007, which was acquired by Under Armour for $85 million.

Just two and a half years after launch, Too Good To Go lists the following achievements: 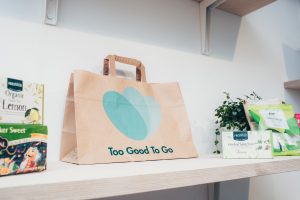 The “Too Good To Go” Magic Bag.

Too Good To Go has investor confidence in its model and its ability to scale globally, with almost $5 million raised in 2018 to fund its expansion plans. Now successfully operating in nine countries all shown under the heading ‘Going Global’ there are rumours that the United States is next in line to benefit from this socially sounds yet commercially appealing idea. With sixteen competitor ideas already listed in that country to address this same global food waste problem, it’s anyone guess at this early stage as to what brand will ultimately win consumers hearts and minds in the race to save food. And if the original intention of the founder of Too Good To Go comes true, perhaps a day will come when they will ALL be delightfully obselete. Let’s hope it’s sooner rather than later. 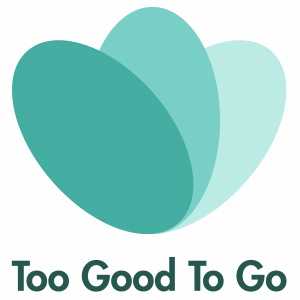