Subway MyWay Rewards – All You Need to Know

When the world’s largest restaurant chain launches a new loyalty programme in over 28,500 stores, we’re intensely keen to understand their approach, the thinking behind it, and see how consumers and key stakeholders respond. Subway’s “MyWay” Rewards programme was launched in March 2018 against a backdrop of declining revenues with US sales falling 4% in 2017, so a new digital strategy supported by a compelling loyalty programme was a key opportunity alongside menu and operational improvements that could really boost the restaurant chain’s fortunes.

As a 100% franchise-owned business, a key success factor was its appeal to store owners as well as consumers, so six months after it launched, we are reviewing the programme and the response it’s had to date. 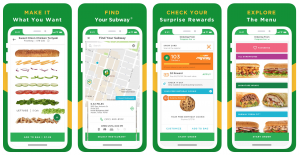 Both the increased availability of the programme throughout it’s store network and its digital accessibility have been welcomed, however the response to the programme so far has otherwise been mixed.

While the reward after $50 allows the brand to reward it’s customers more quickly and frequently than others, the “surprise rewards” are intangible, leading influential commentators such as Mashable to describe the programme as “confusing”. Consumer reaction has also been mixed – with criticism in particular for the ninety day expiry of the $2 dollar reward.

And most importantly, the franchise community claim that the financial benefits of supporting the programme have not been well enough proven in order to justify their individual contributions and investments in it. So what are the lessons and learnings so far for the programme? 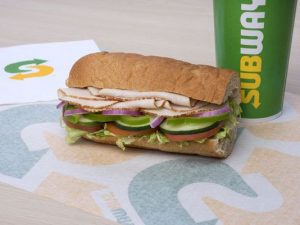 No matter how good a loyalty strategy is, no programme has enough power to compensate for core business challenges. Subway franchise owners achieve an annual turnover in their stores of $417,000 on average (compared to McDonald’s stores achieving on average $2.68 million), so the product mix, brand positioning and business strategy has some fundamental underlying challenges that will need to be resolved once a new CEO is appointed.

However loyalty programmes ARE highly effective when truly customer focused, so key elements that are not being well received – such as its policy of 90 Reward validity – could easily be improved in response to customer feedback. This would be a relatively inexpensive change – and one that would give the brand the opportunity to improve their PR both internally and externally. Even in my view, the terminology of earning “tokens” could be simplified to “points” – which is more in line with industry and consumer understanding of loyalty programme benefits.

More importantly, the “surprise” treats and rewards could drive engagement in much more effective ways. While surprise rewards are hugely well received by anyone who is chosen to receive one, from a communications perspective, this strategy is one that many loyalty professionals have struggled with. Customers don’t get excited about rewards that “might’ be added to their wallet. Instead the same reward budget could be offered through a game mechanic that at least gives members the opportunity to play and engage with the brand. While they might not win, the fun factor and opportunity to be involved in the “chance to win” does drive overall connection and further positive communication with members.

The Future is Digital

It’s clear that customer’s tastes are changing – not only in food preferences but also their need for speed and simplicity.  The brand is evolving its core product menu to offer “made-without-gluten” options in certain restaurants, and operationally they have also implemented exciting digital solutions that are critical to win customers.

In-store options such as touch-screen kiosks make ordering easier on site, while the Subway app includes the ability to pre-order for express pick-up, as well as the opportunity to pre-load a card to the app for faster payment. Even more innovative, Subway has launched new technology channels such as its Facebook Messenger Bot which makes it simple to order sandwiches right from the social media platform – appealing to the massive installed base of over one billion people using Messenger. At this very early stage in its use as a marketing platform, messenger bots are experiencing powerful results – with open rates of 98% being quoted. It will be fascinating to watch how brands like Subway choose to market outbound to their subscribers, as well as accepting inbound orders.

With this direct focus on digital alongside other key business improvements, we are watching with interest in the hope that Subway enjoys much more of the incredible success it achieved in the past to achieve their market-leading global footprint and hopefully remain a market leader for many years to come. 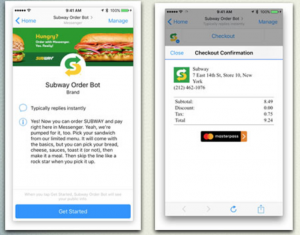