“A Lot Can Happen Over Coffee”.

Café Coffee Day, the largest coffee chain in India with over 1,500 stores and more than 5,000 staff, is today the subject of intense interest with breaking news that the firm has entered exclusive talks with Coca Cola to potentially acquire a stake in their business. The move follows the 2018 ground-breaking announcement that Coca Cola had acquired Costa Coffee, the world’s second largest coffee chain headquartered in the UK, so it should perhaps come as no surprise that it has now set its sights on this ambitious Indian retail brand which has long declared its intention “to be among the top three retail coffee brands in the world”.

The company is a subsidiary of Coffee Day Enterprises Limited, a publicly quoted company on both the Bombay and Indian stock markets, and serves 1.8 billion cups of coffee annually in six countries. Equally impressively, the brand has earned the trust of Indian consumers as the number one “most trusted coffee chains in India”, relying on its vertically-integrated business model which includes extensive ownership of coffee plantations to deliver a more affordable cup of premium coffee to the Indian market. 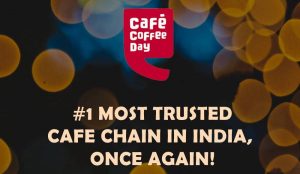 While the news has been dismissed as “absolutely speculative” by a Coca Cola spokesman, the brand is clearly the market leader in India where it has operated since 1996, and this acquisition, if completed, would deliver even more of the strategic benefits that Coca Cola outlined for their Costa Coffee acquisition – allowing the soft drinks giant an even greater global footprint in the world of coffee, the world’s fastest growing drinks category.

While it’s unclear how long the deal negotiations are expected to last, competitors such as Starbucks are likely to be paying close attention to the potential impact of the carbonated drinks manufacturer becoming such an even more dominant global force in their industry. This move would establish Coca Cola as the largest producer of arabica beans in Asia, as well as securing instant access to a retail channel that is successfully targeting its core youth segment.

With roughly 70% of Indians today below the age of 35 and Café Coffee Day so well known and respected by this dynamic demographic, this acquisition could well be the soft drinks giant’s smartest move yet. For Café Coffee Day, facing increasing competition and revenue losses despite improving sales, the timing of an acquisition could offer an appealing profitable exit, with exciting potential for both brands to grow together in this, the world’s second-largest country.

As the coffee retailer’s tagline says, “a lot can happen over coffee”. When it comes to Coca Cola, that’s certainly becoming increasingly true.

We’ll keep you updated as this story unfolds. 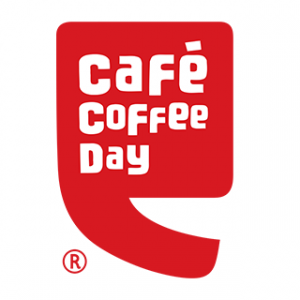