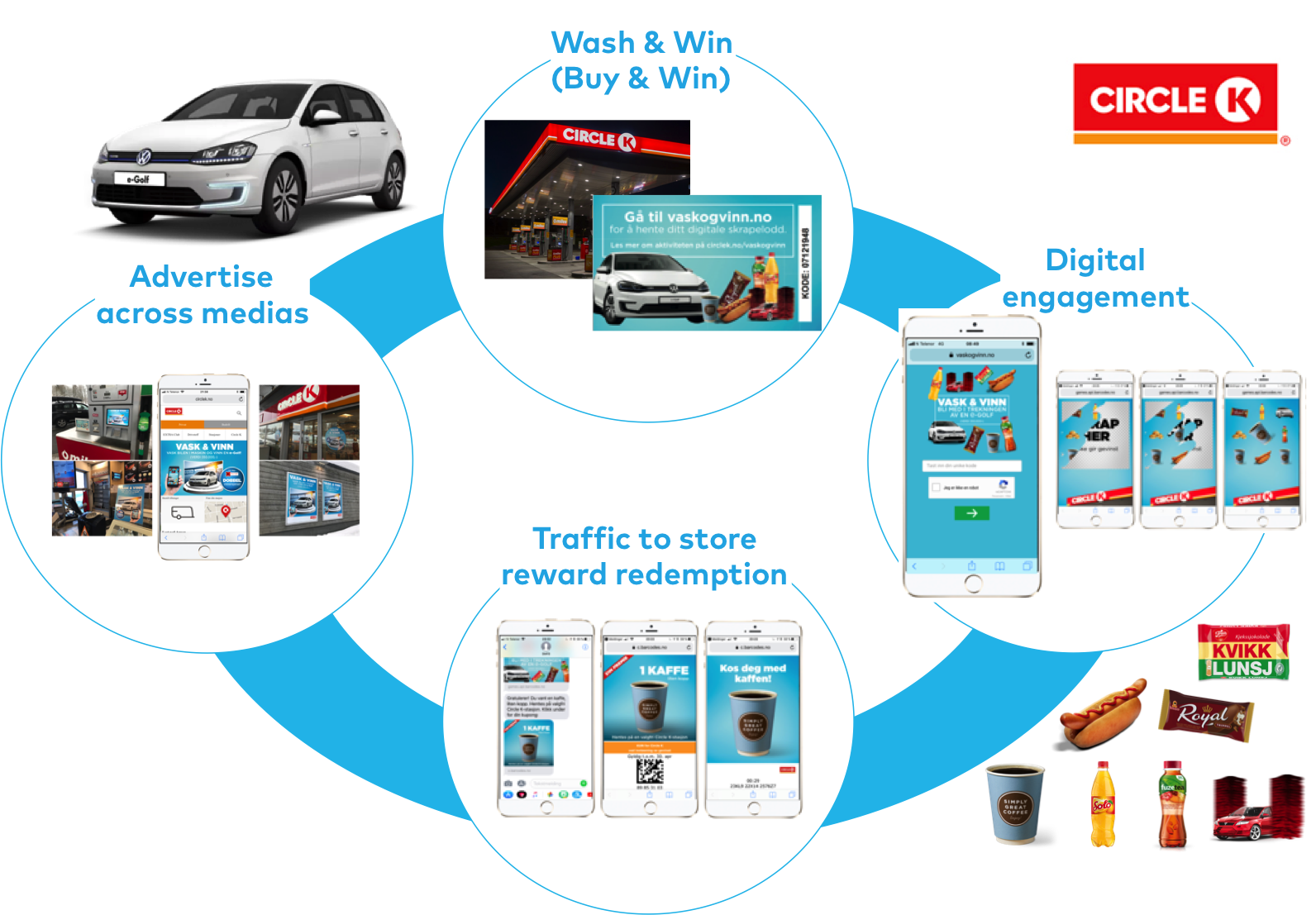 Circle K Norway did a wash & win campaign where all media communication was about a clear message: wash your car at Circle K and get the chance to win a e-Golf! Across all medias including TV, radio and banners this message was delivered. And on the Circle K stations the campaign was made big both outside and inside. For Circle K´s Extra Club members (loyalty club) it was communicated “double chance to win”. The customer scratch and instantly wins – if they´re lucky! 10 lucky winners – 1 per week of the campaign – won a ticket to the final lottery of the campaign and immediately they won a 5000 NOK gift card. If they won a survey was issued to the user to capture name, address and e-mail. Once the customer had completed the survey they also got a SMS text message with information about next steps.

Most customers did not win the e-Golf, but were lucky anyway. They won prizes such as a free coffee that they could redeem in a Circle K station close to them.

Lots of different products were used as prizes. To promote the campaign in the initial week Extra Club members got a free chance to play. A game was distributed via e-mail to the entire Extra Club member base as part of a Newsletter focused on carwash.