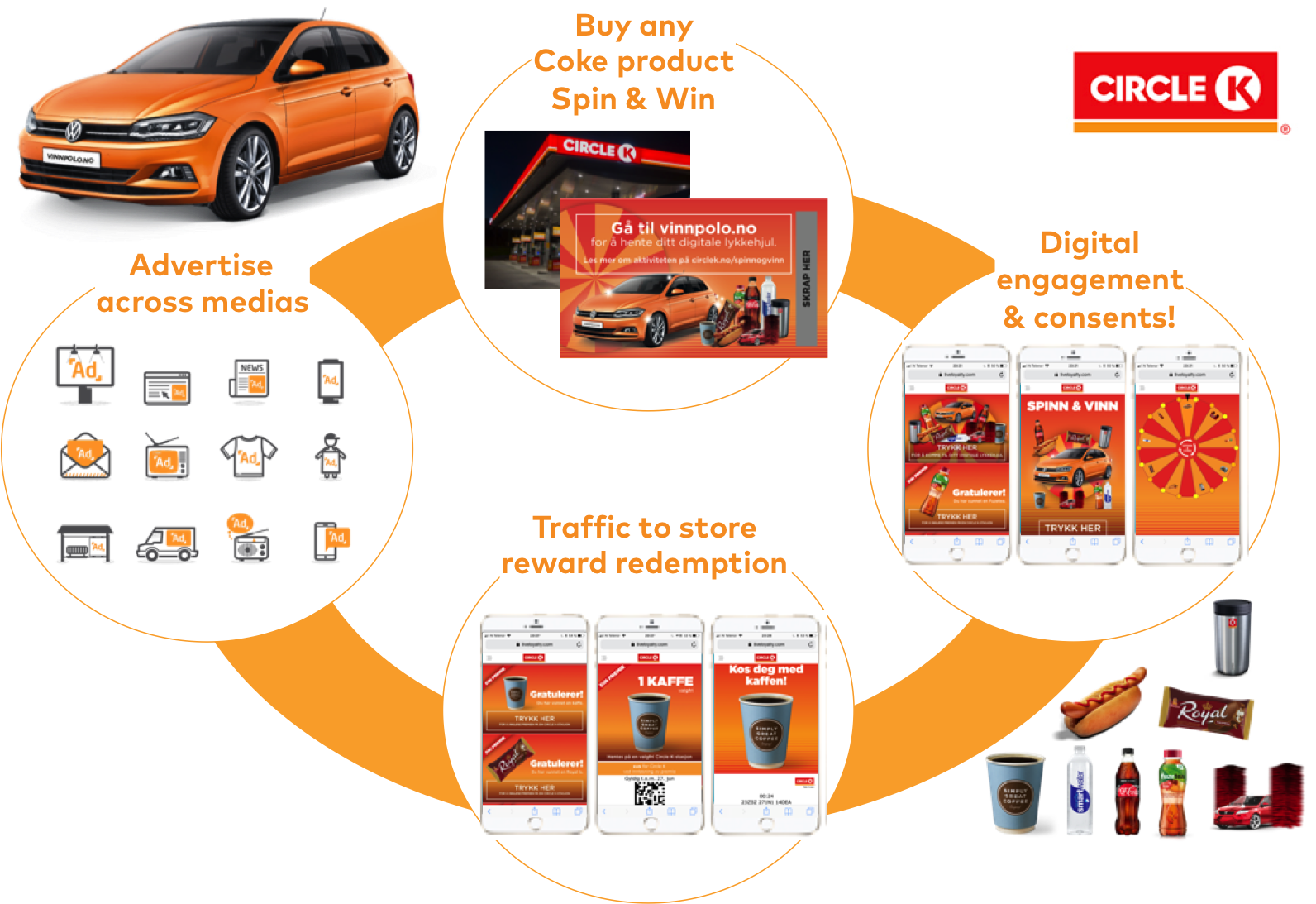 Circle K Norway did a Spin & Win summer campaign together with Coca-Cola where all media communication contained a clear message: purchase Coca-Cola products at Circle K and get the chance to win a Circle K orange Polo!

Across all media, including TV, radio, and banners this message was delivered. And on the Circle K stations, the campaign was made big both outside and inside. 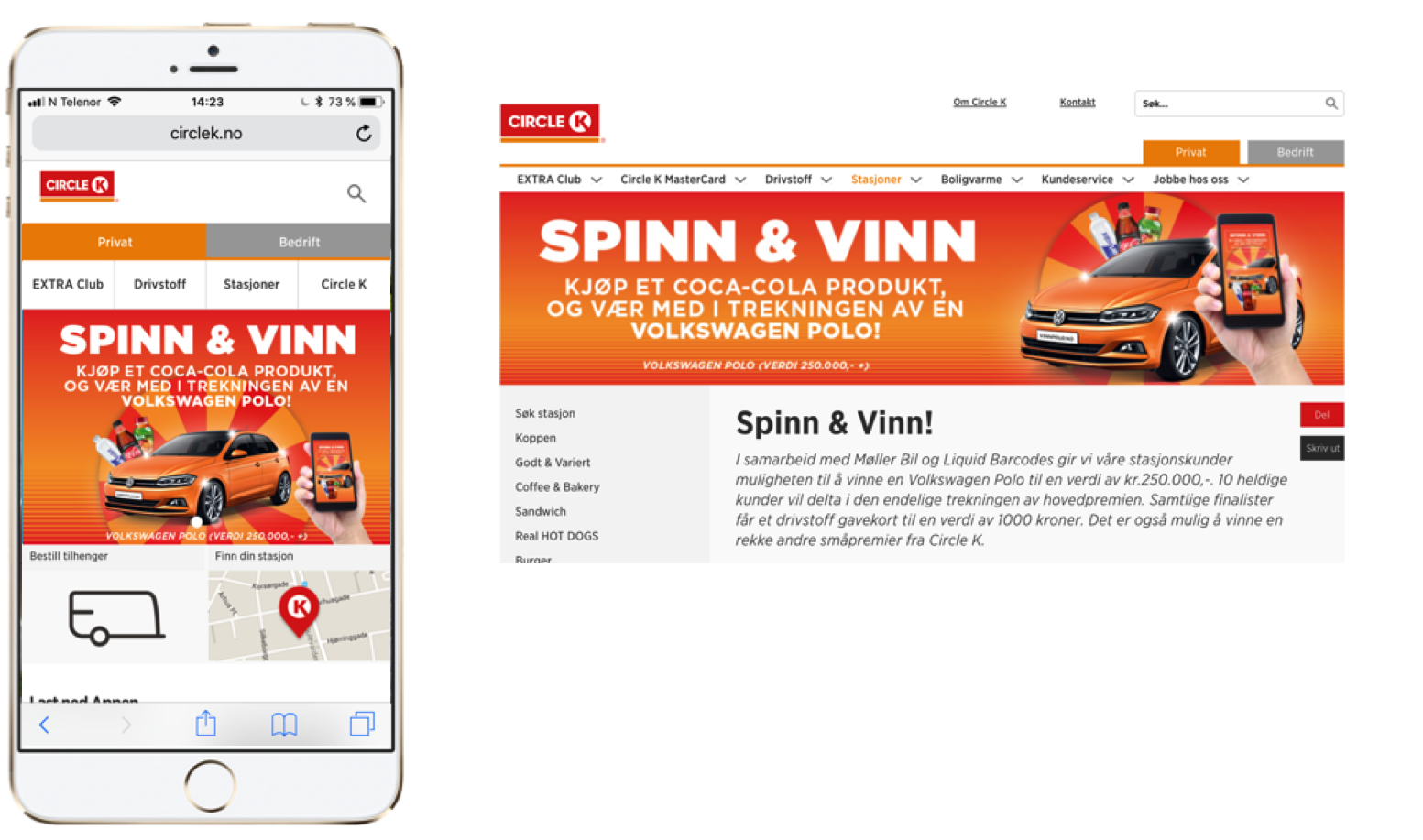 Customers buy a Coca-Cola product and get a printed voucher with a unique code. 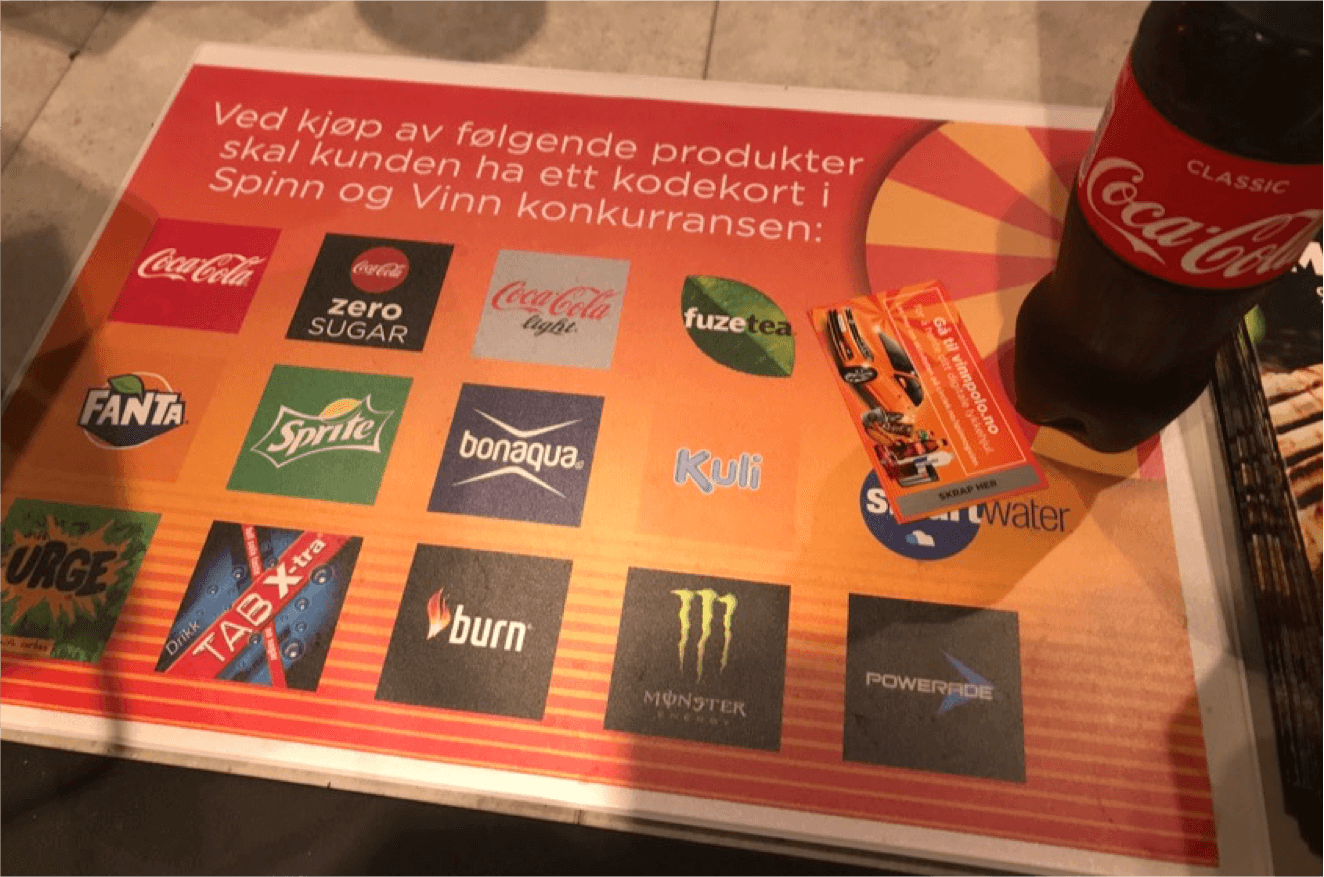 On the printed voucher a simple URL is communicated: “vinnpolo.no”. This was a web app that after registration allowed the unique code to be validated. Once validated the customer received a digital “wheel of fortune” game in the web app: The Circle K spin & win!

The customer spin and instantly wins – if they´re lucky! 10 lucky winners – 1 per week of the campaign – won a ticket to the final lottery draw for the Polo and immediately they won a 1000 NOK gift card. If they won a survey was issued to the user to capture name, address, and e-mail. Once the customer had completed the survey they got information about the next steps.

Most customers did not win the Polo but were lucky anyway. They won prizes such as a free Smartwater from Coca-Cola Company, that they could redeem in a Circle K store close to them.

Lots of different products were used as prizes: Customers that did not win were encouraged to play again later during the campaign. Wash your car again and every time you get a new chance to win!

As this was a summer campaign it was very important to engage with the employees at stations – many of them summer part-time employees. Therefore Circle K made a separate employee campaign in the same web app – but only employees could participate.

Employees got printed vouchers with a unique code – part of a specific employee campaign  – that gave them their own Circle K spin & win game! In this case, there were other types of prizes. The employees could win a scooter, AppleWatch, Xbox, Netflix gift card, Spotify gift card, and more. The mechanic was also slightly different as once they got in they got one chance to spin every day during the campaign. Thus they had an incentive to open the web app every day!