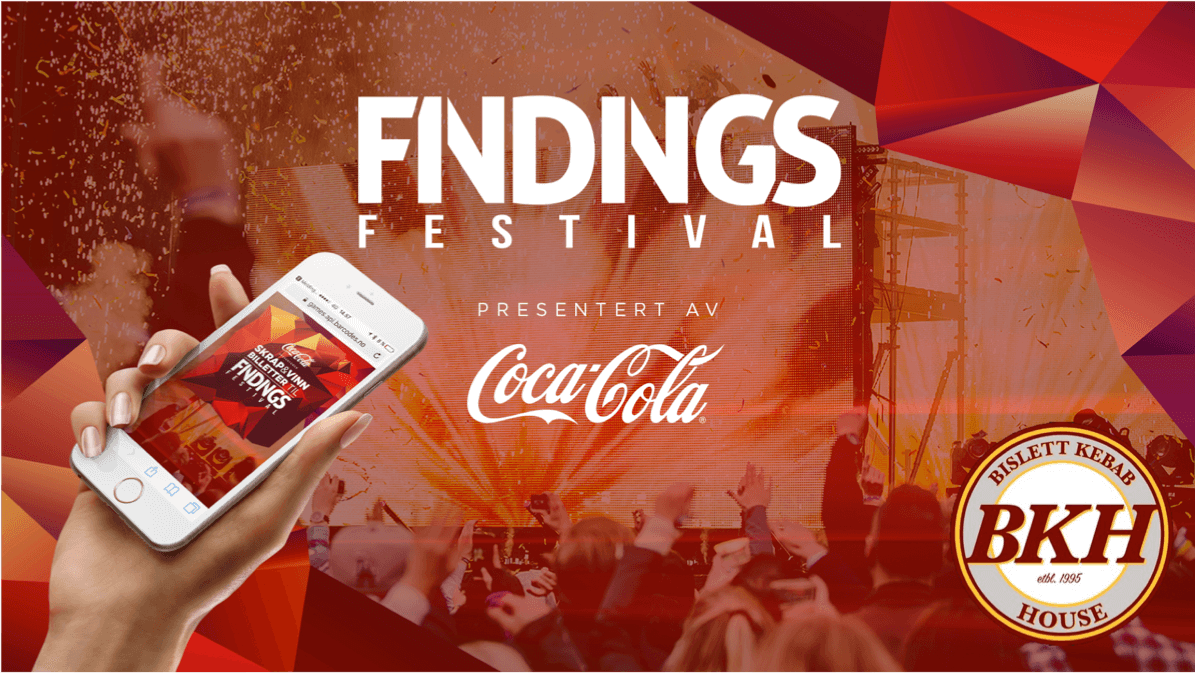 Coca-Cola connects with shoppers together with Bislett Kebab. Findings festival is the summer’s big event in Oslo and has featured djs like Aviici, Kygo, Tiesto, David Guetta, Alan Walker, Matoma, Sonny Alven and Alesso. Tickets are in demand and very popular.

Coca-Cola’s campaign promoted a “Findings menu”; a kebab and Coca-Cola meal deal. Every consumer that purchased the meal deal got the chance to win findings festival tickets. 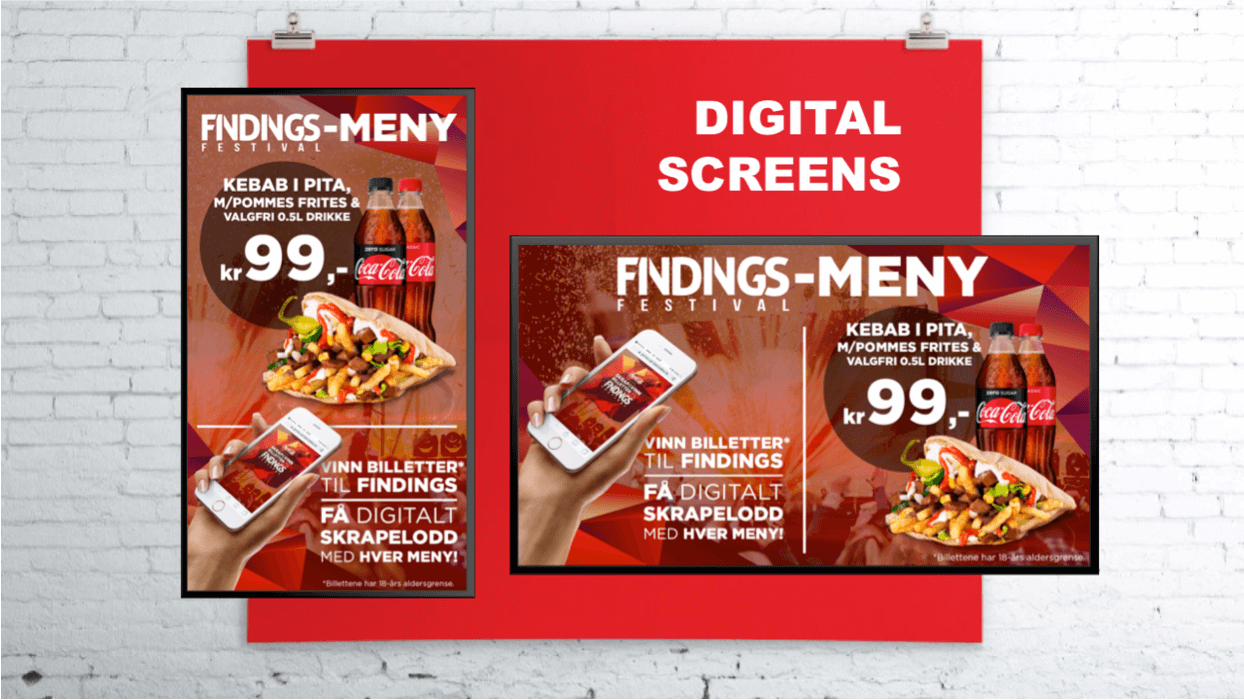 Customers got a printed value voucher with a unique code which they could validate on the landing page findings.barcodes.no. After validation they were allowed to type in their mobile number and received a digital scratch card via SMS. 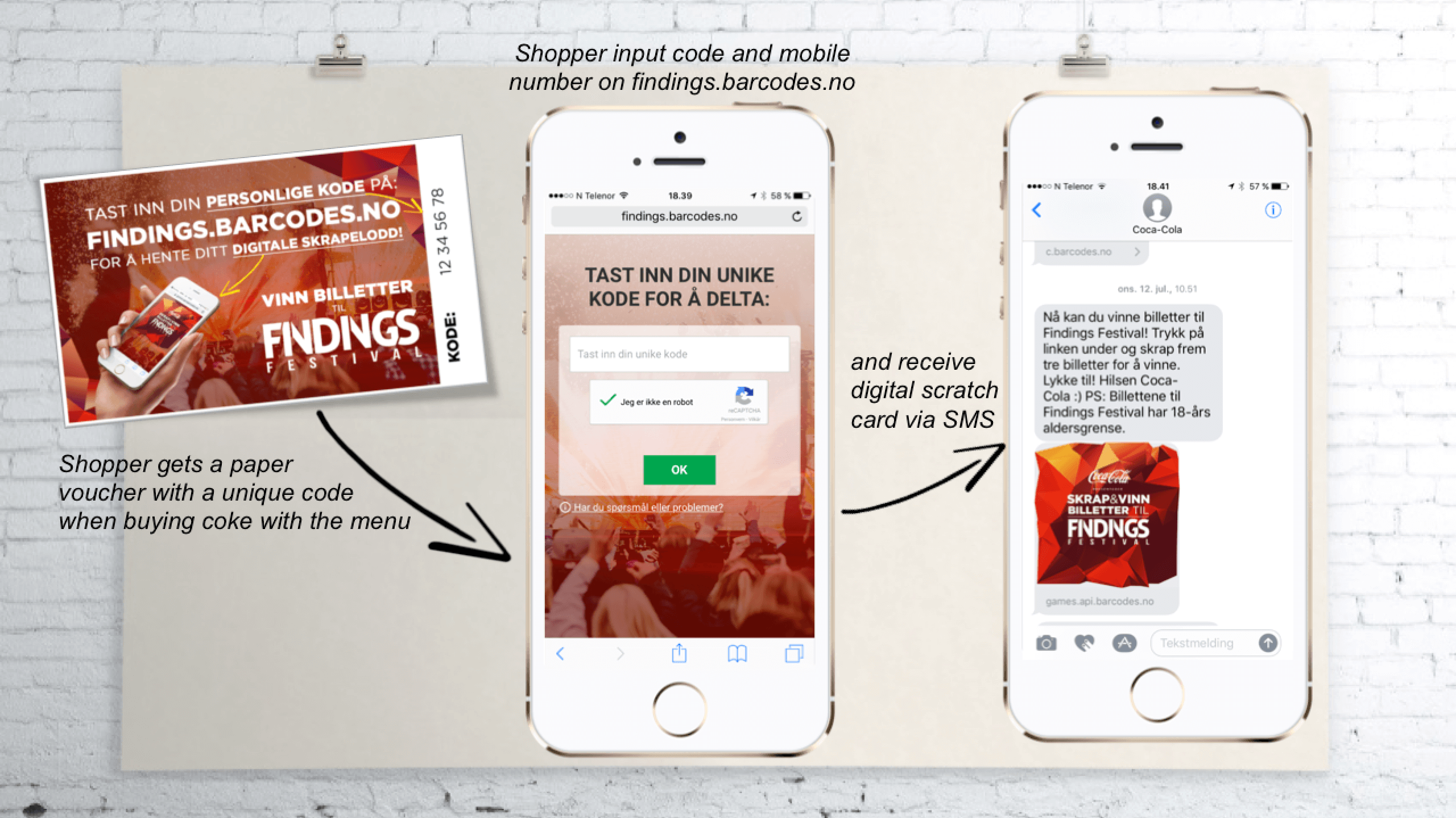 The customer scratched… and a few won festival tickets. Everyone else got a good offer via SMS as consolation prize. 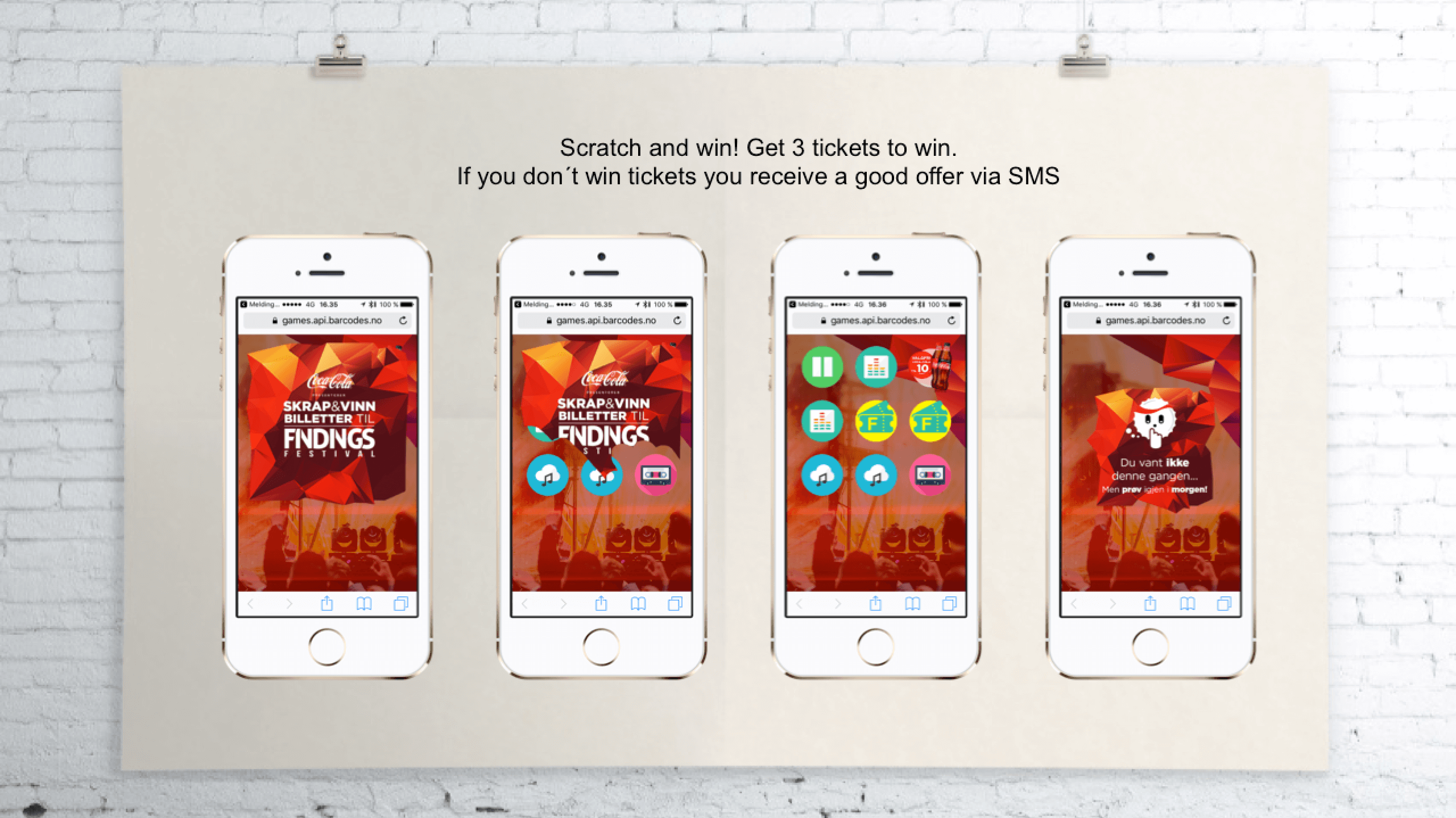 Via SMS the customers got a unique coupon valid for 24 hours. To redeem the coupon in-store consumers pressed the red button on the coupon. After pressing a “coupon is activated” page was shown for 30 seconds. After 30 seconds the page was refreshed and the coupon was no longer valid. 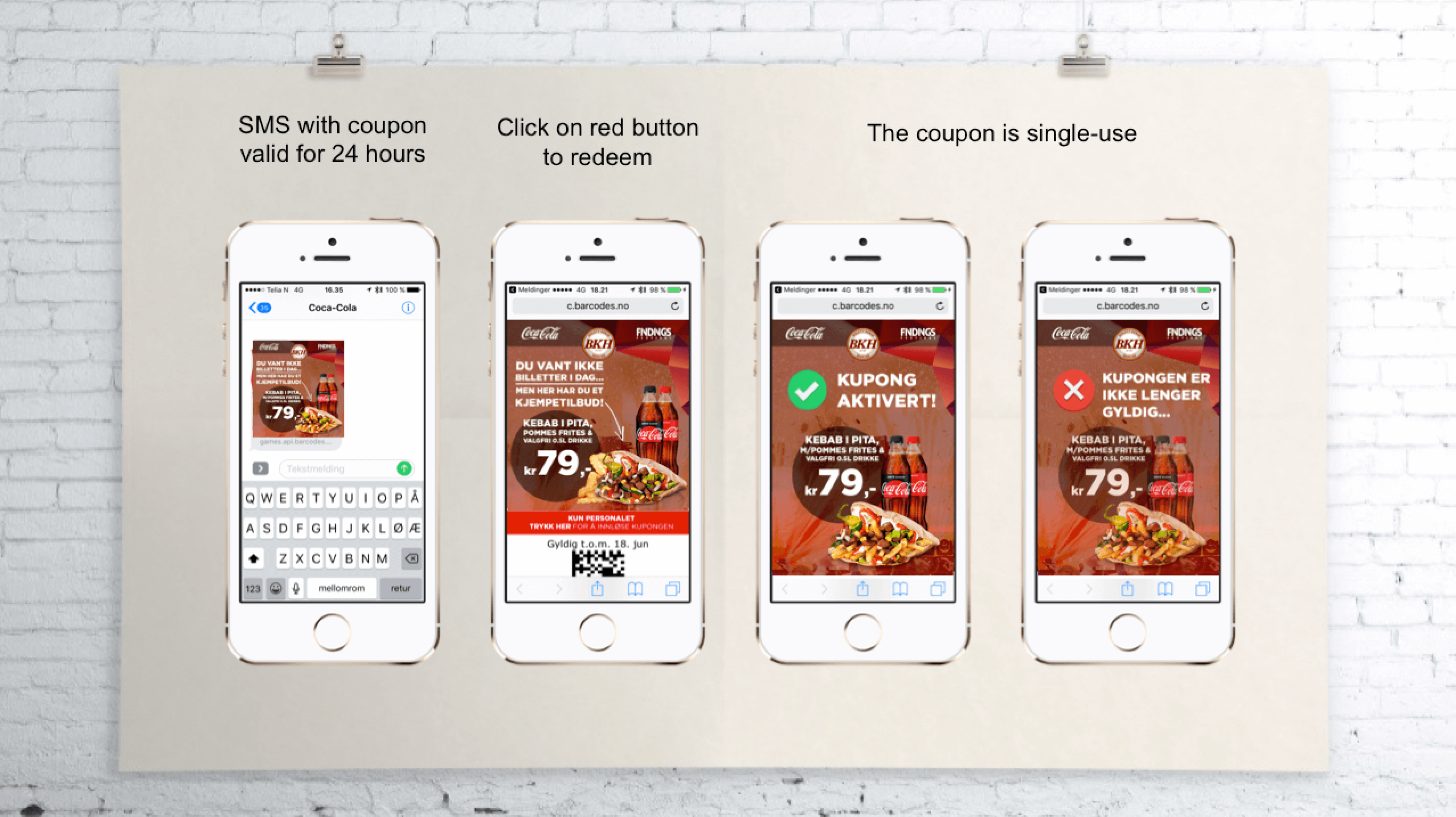 Coca-Cola is able to connect with millennial shoppers within a context that engages lots of them – a popular summer music festival.

Coca-Cola have created a campaign mechanic that allows their sales team to propose activation of their products with in-store digital screens and POS collaterals. For Coca-Cola this means the possibility to create more awareness for the brand in the HoReCa channel.

The campaign is set up by Coca-Cola in Liquid Barcodes’ self-service dashboard. Graphics are produced and then uploaded into the wizard scratch card. The festival tickets that are the possible prizes can either be based on Liquid Barcodes unique codes or they can be imported 3rd party codes. In this case the winners instantly got communication that they´ve won and the festival tickets were sent by post. The meal offer coupon – the consolation prizes – uses a manual redemption method.