The article was first published on Global Convenience Store Focus.

As a convenience store retailer on the east coast of the United States, Wawa is well known and respected throughout the country and also in the industry internationally. Its reputation is partly a result of its operational achievements as an efficient and lean store operator.

This efficiency and its professional reputation are not something that consumers are typically aware of, so it’s an even bigger achievement that despite their lack of a nationwide network of stores, Wawa was voted the best sandwich shop in the US in an annual survey of American’s favourite quick service restaurants published in 2018. It also made history by becoming the first convenience store to ever win the top place in this clearly defined food service category!

While it dropped back to third place in the 2019 rankings, it still considerably out-performs nationwide brands such as Arby’s and Subway so as a convenience retailer and food service operator, the brand can certainly bask in a whole range of achievements and popularity.

And it’s not just Marketforce recognising the brand’s food service performance, as CS News also recognised the chain as its “2017 Food Service Innovator” with this great video showing just how Wawa is delighting both customers and colleagues alike:

Readers will know that our articles typically focus on how prominent brand’s loyalty programmes help them to differentiate themselves in competitive markets, however clearly the core product elements including the food service and store experience combine to create unique differentiators that drive customer loyalty, with the app and the Wawa Rewards loyalty programme supporting the overall business goals by making things easier for customers – easier to order, easier to pay and easier to earn rewards.

And as the word “loyalty” describes a customer emotion as much as any structured marketing programme, we were delighted with the opportunity to investigate what Wawa does with its customer management and rewards programme, as well as its overall consumer offering.

Wawa has a simple and straightforward loyalty programme which operates as follows:

Wawa Rewards seems intent on ensuring customers order on its app rather than in-store.

Wawa has a legacy of innovation, described by Wikipedia as one of the first convenience stores to implement touch-screen self service machines, and its focus on innovation has continued.

The chain was quick to embrace social media, acquiring over 5,000 members on a company “MySpace” page in 2006 – something few convenience retailers were focused on at the time. Fast forward to 2019 and Wawa has just earned the “Convenience Store Decisions” top award for social media engagement, as well as the runner-up position for best overall social media. The brand currently boasts over 1.3 million fans on Facebook, so to win the engagement award at such scale is truly impressive!

And while it’s less sexy to showcase, the brand also scooped a recent award for the cleanest bathrooms of American gas stations – another example how committed this brand is to their overall customer experience.

It’s impressive to note that Wawa has remained a family-run business throughout its fifty year history, achieving 25th place on the 2018 Forbes list of America’s largest private companies with revenues of $10.6bn. With over 33,000 employees, it’s also significant that more than 41% of the company is owned through the “employee share option scheme” (ESOP), perhaps one of the reasons back in 2006 that the New York Times wondered whether “the most intriguing factor in Wawa loyalty may be something else: the service.”

This team has a clear vision of both its past and its future and in late 2018, the company officially opened its new flagship store in a historic building in downtown Philadelphia. At 11,350 square feet, it is certainly the biggest store in the firm’s network of over 850 convenience stores in six states, of which over 600 also sell fuel. This video below showcases just how beautiful the building is architecturally, as well as the style and standard of the store’s overall design.

Interestingly, the new store design is described in the launch press release as both “rich and warm” offering both comfy couches as well as cafe style seating. It seems the brand is committed to delivering a very relaxing and enjoyable experience – quite different to the style of service that convenience stores are typically known for. 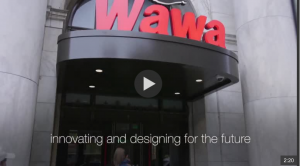 As you can see from the video, the new flagship Wawa store in Philadephia was one of the prestigious finalists for the 2019 NACS Convenience Store of the Year award, and while they didn’t take home the top prize this year, something tells me that their future is bright for this and other fantastic awards. 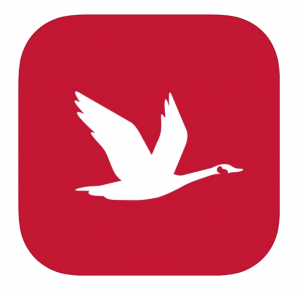