Coca-Cola Company and 7-Eleven (Reitan Convenience) teamed up in Denmark to engage Facebook followers with the opportunity to win a free Coca-Cola Zero Sugar.

Facebook banner ads activated the consumer and led them to a fun and easy puzzle game. If the consumer managed to complete the puzzle they could enter their mobile number to receive a free Coca-Cola Zero Sugar voucher to redeem in a 7-Eleven store nearby. 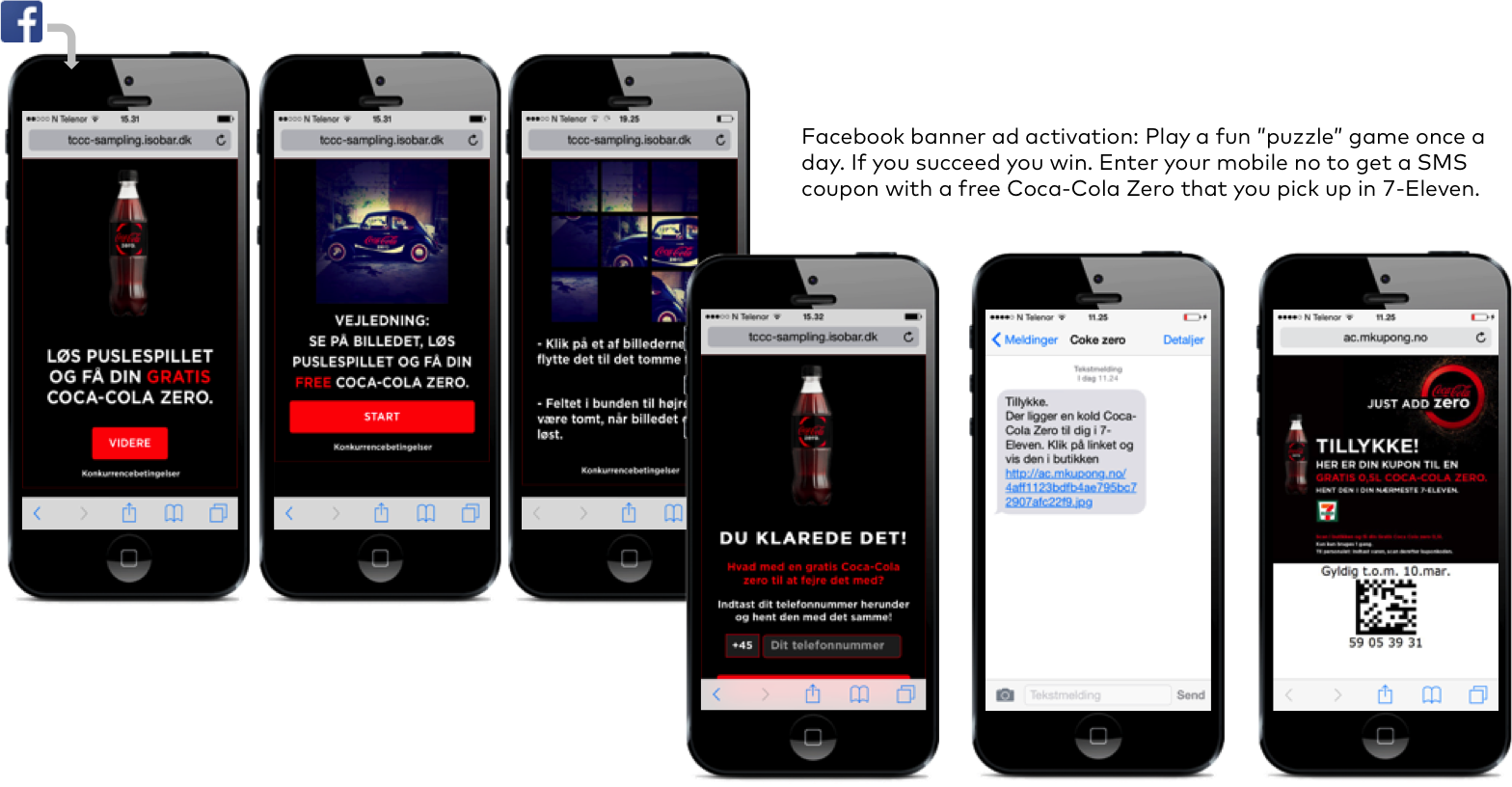 The activity was very successful and as a continuation of the above campaign Coca-Cola and 7-Eleven wanted to bring the next campaign to a next level. 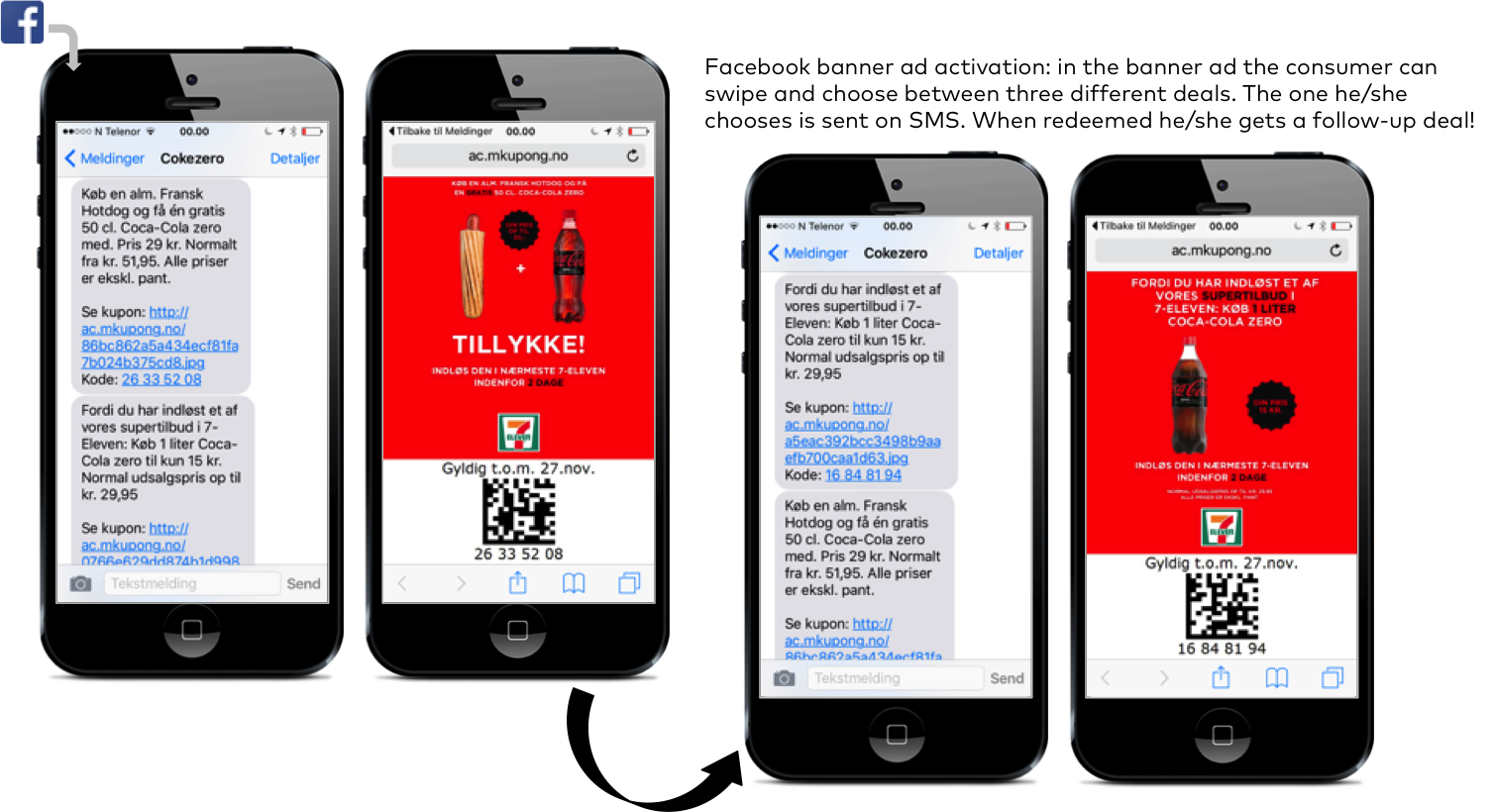 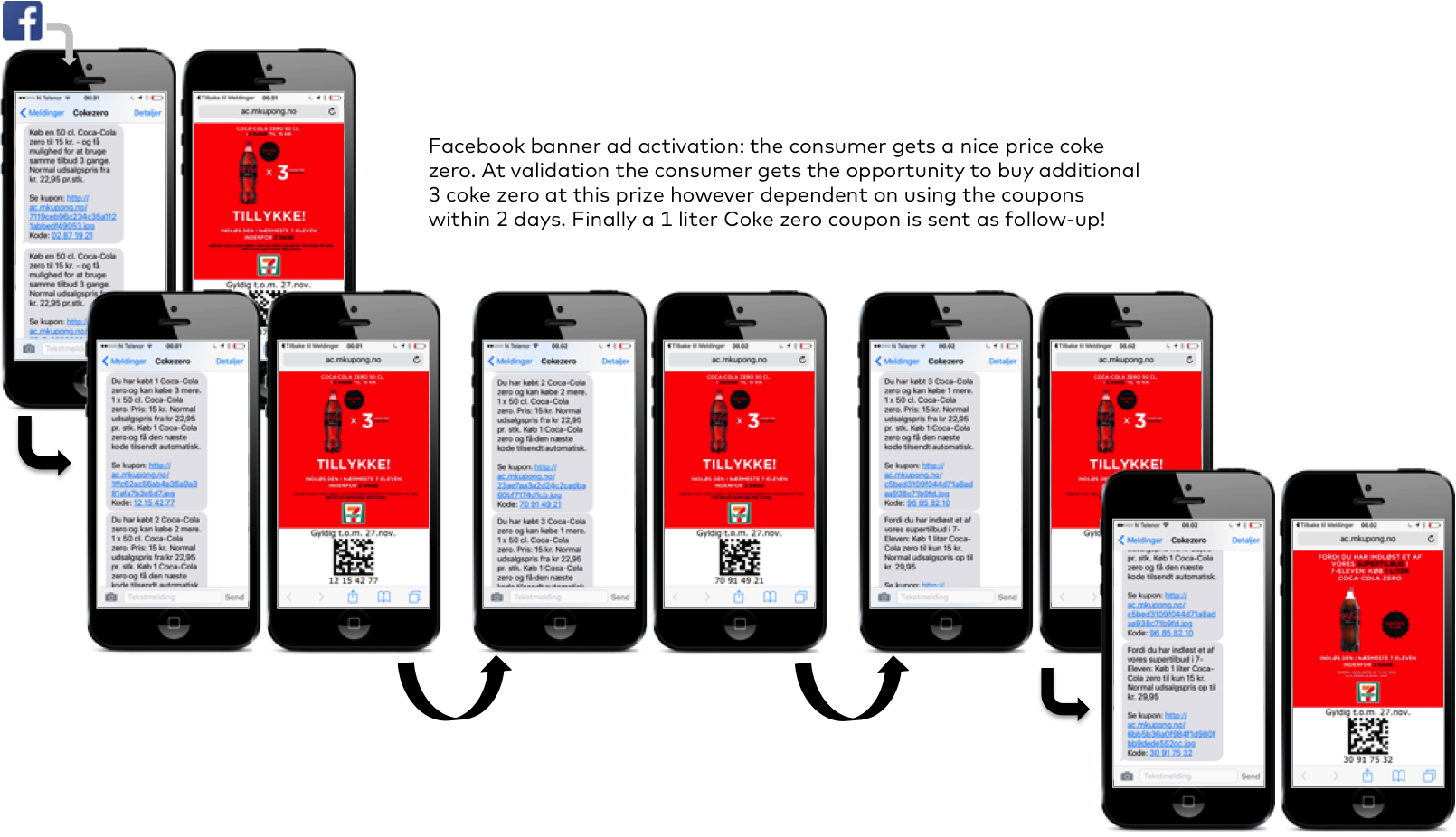 See a video presentations of the cases here: