Coca-Cola teamed up with VG, the largest (digital) newspaper in Norway and SF Cinemas to engage with the cinema customers using beacons and unique digital coupons.

The popular VG app was integrated with a beacon network where beacons were placed in Cinema location. Triggered by the beacon signals a banner pop-up appeared for the cinema guests where they could type in their mobile number to get a free Coca-Cola for the move. The digital voucher received via SMS was unique and single-use.

Two weeks after the initial interaction between the consumers and Coca-Cola the same consumers were re-targeted with a new banner where Coca-Cola rewarded the consumer with free movie tickets from Coca-Cola. 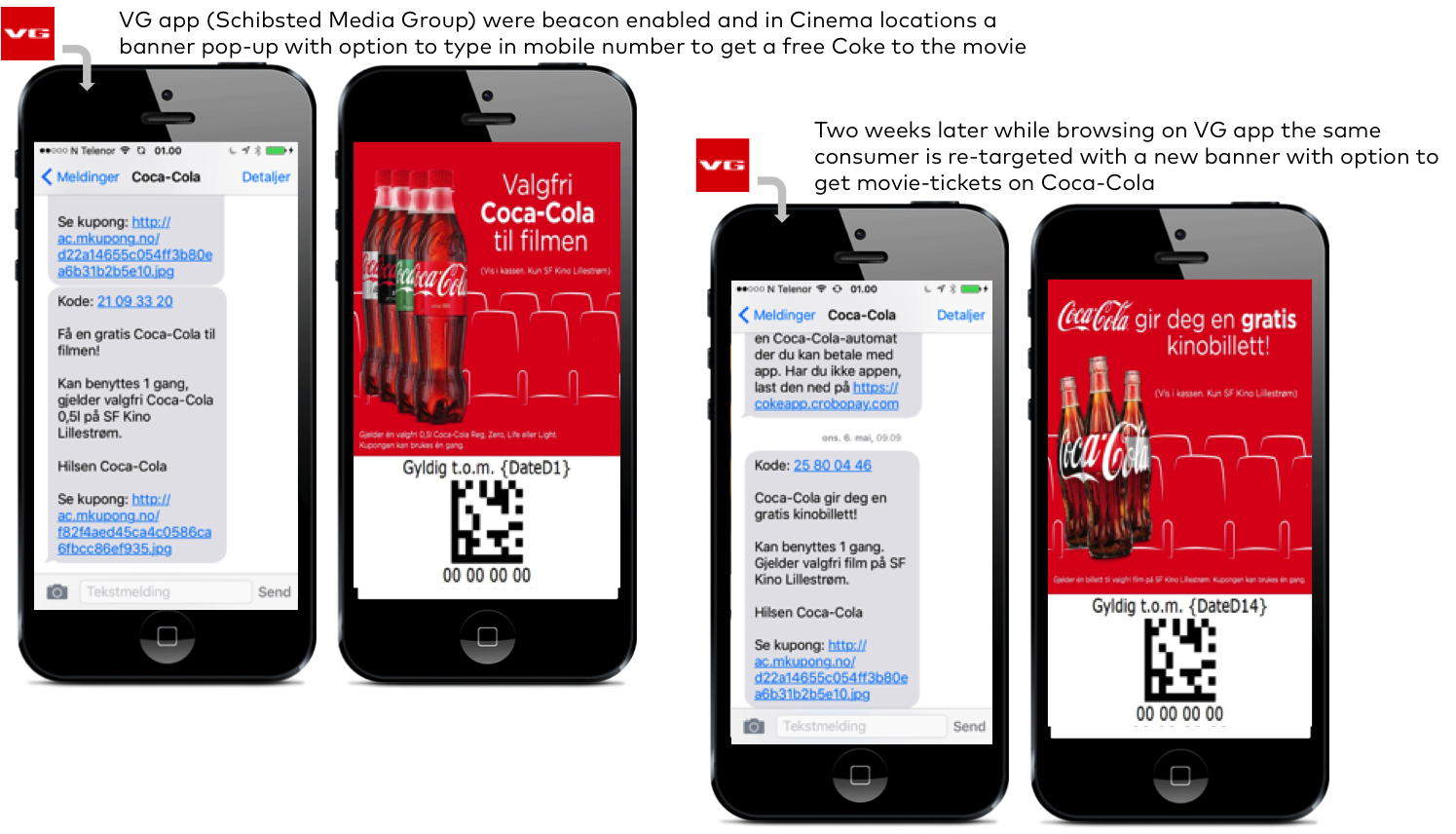